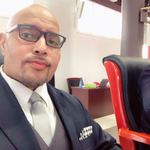 Lord Fusitu’a serves as the Lord Member of Parliament for the Niuas, in the Legislative Assembly of the Kingdom of Tonga. He is the Chairperson of the Commonwealth Pacific Parliamentarian Group on Human Rights and Co-Chairperson of the AFPPD’s (Asia Pacific Parliamentary Forum on Population and Development) Standing Committee on Gender Equality and Women Empowerment. He has participated in AFPPD’s activities since 2013, and is a strong advocate of the International Conference on Population and Development Programme of Action (ICPD PoA) in the Kingdom of Tonga and in the Pacific Region. He is a member of the board of GOPAC (Global Organisation of Parliamentarians Against Corruption), and the Chair of GOPAC Oceania and was the founding Chair of GOPAC Tonga. He was instrumental in working for Tonga's recent ratification of UNCAC (The United Nations Convention against Corruption) and has been instrumental also in ensuring Tonga's domestic legislation complies with these Anti-Corruption standards. He is the Chair of the Tongan Parliament’s Standing Committee on Anti-Corruption. He is also a member of the Standing Committee on Privileges, the Standing Committee on Legislation, the Standing Committee on Social Services and the Standing Committee for the Retirement Fund Board. Lord Fusitu’a also serves as a Barrister of the High Court of Australia, a Barrister and Solicitor of the Supreme Court of the Australian Capital Territory, and a Law Practitioner of the Supreme Court of Tonga.

The Installation or Lord Fusitu'a to His Title